So, I played my old high clarinet the other weekend. I asked Gare if we still had it and he wasn’t sure, so he went down into the basement to take a peek. Low and behold, he found it toward the back of a shelf and brought it up for me to inspect. Much to my surprise and absolute delight, when I opened the case and popped the mouthpiece cover off, it STILL had a reed on it. And the reed…you may have guessed….STILL had pink sparkly lipgloss on it.

After I died laughing for about 15 minutes solid, I started to play it and was happy to learn I’m not half bad ;). I asked my Dad to get it re-padded so that I could take it back to Portland with me and actually play it from time to time! Let me know if anyone wants a video of this. 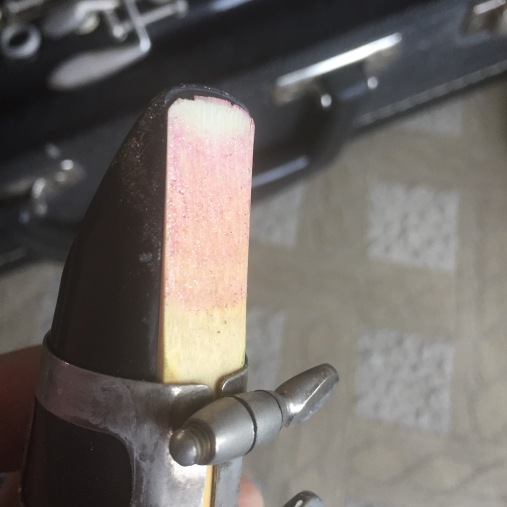 And of course, a trip home would not be complete without seeing Mister Tate M. Johnson. When I arrived on Friday, he was napping and so it was I who got to collect him after he woke up.

Every time I come home and see Tate, I feel like he is slightly confused about who I am. I kind of look like Mommy and have a similar voice, but I am taller, bonier and definitely do NOT have the lashes.

Therefore, when I pulled him from his crib and took him in the den to hang with my Mom and I, he immediately started swimming out of my arms over to Nana. I was crushed…”NOOOO TATE! LOVE ME!” 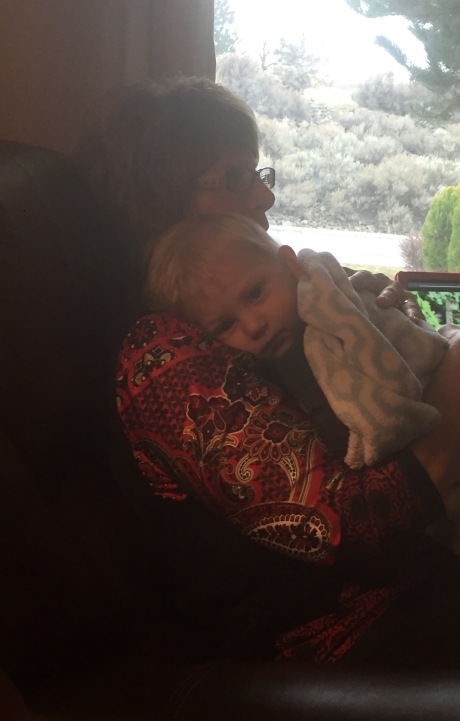 He literally laid there (which he NEVER does) and just gave me stink-eye for about 10 min.

But then, he woke up a bit more and started loving me again. 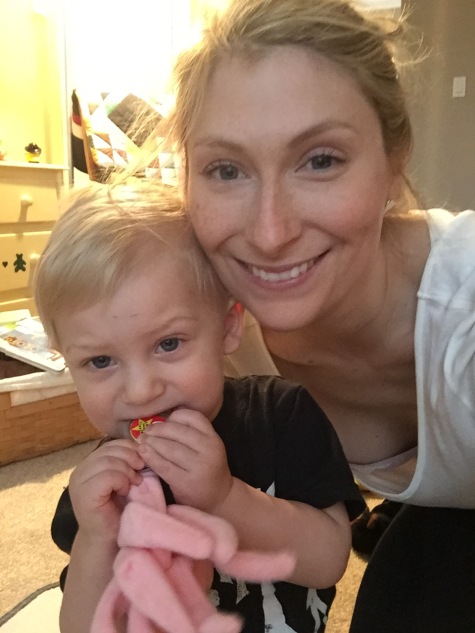 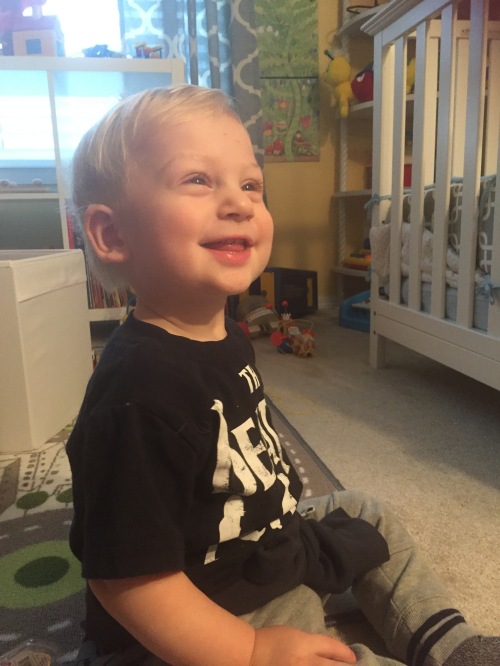 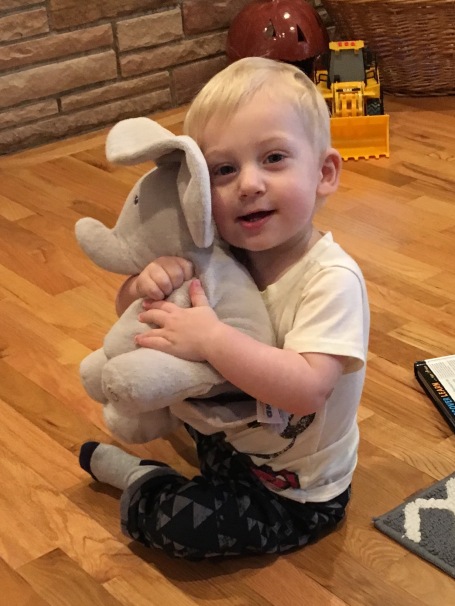 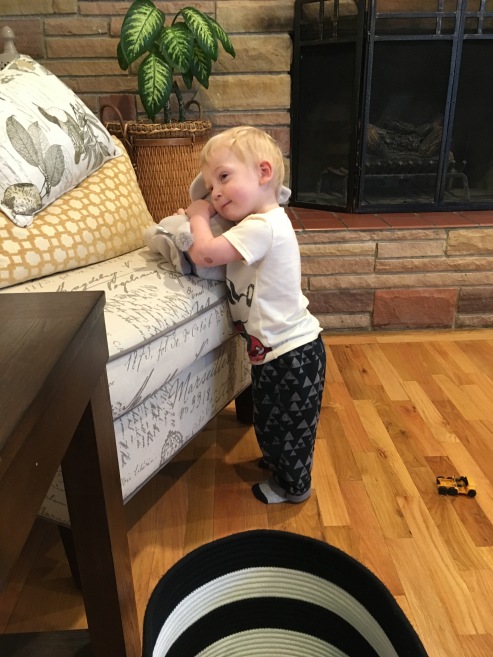 In more important news, I got a new lipstick.

Found at T.J Maxx for $5.99 and I felt it was time for me to jump on the metallic lip trend. 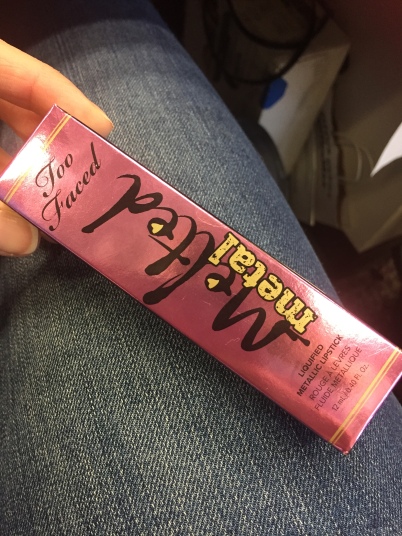 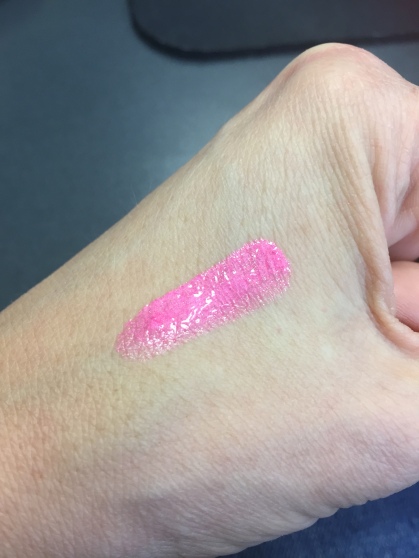 Last week, David and I were lucky enough to go to the Amy Schumer show at the Moda Center!

Our pal Richard is actually a friend of Amy Schumer’s brother Jason, who is part of the opening act for her show. He plays the bass clarinet so obvs he ROCKS.

Anyway, we showed up early for some dinner + drinks and basically prepared to burn 1,000 calories from laughing. 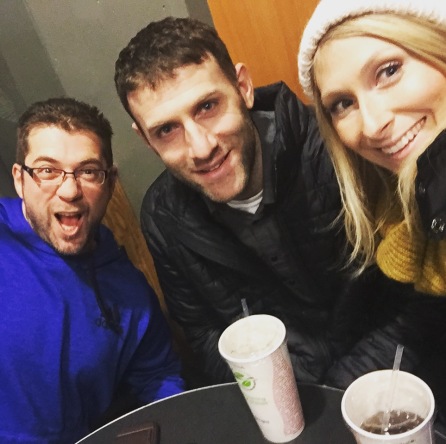 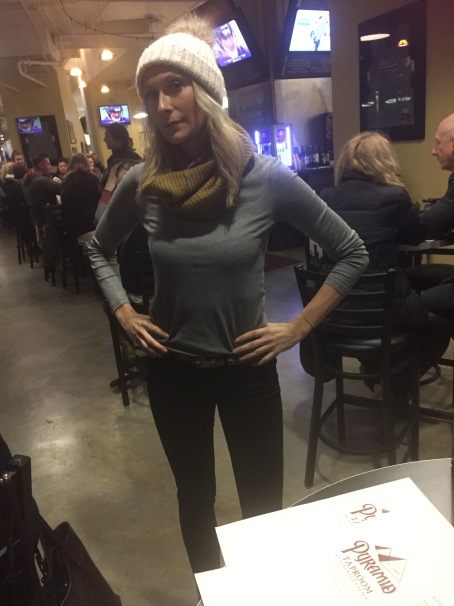 And since there was a slight possibility of actually meeting Amy Schumer or her brother…I put m’lashes on. 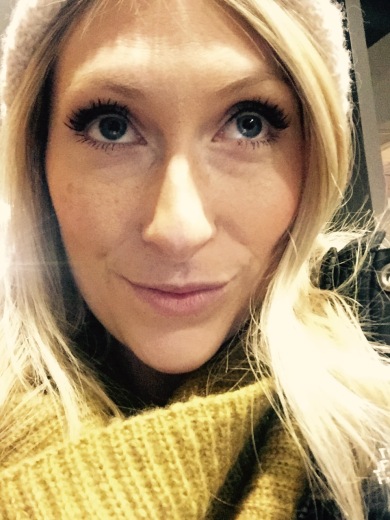 And lastly, our best pal Andy moved to Chicago last week. We met up with him for dinner at the Radio Room, cheers’d for the last time and exchanged sad hugs 😦 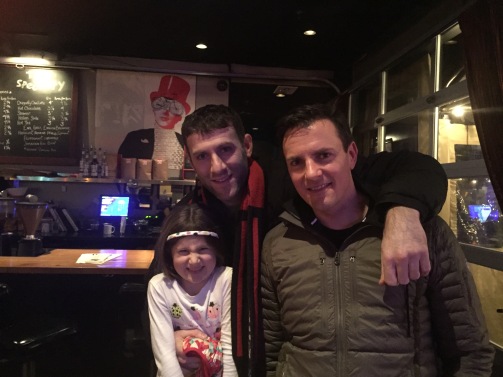 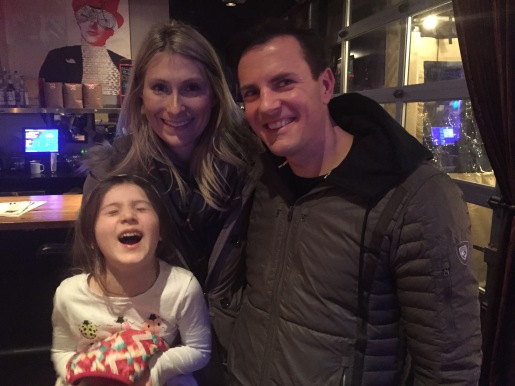 I hate saying goodbye to friends!

One thought on “Oh What Fun!”

Family photos from 6 months ago on the blog today. I know. I am realllly on top of things. Thanks to @lizwadephoto for the amazing pics.