Hope everyone had a wonderful Halloween this year…I know I did. You see, when you’re with someone who likes getting dressed up just as much as you – you dress the F up.

This year, we were invited to an awesome costume party by my pal Kelly a couple weeks ago and we decided to pay homage to our favorite scene from G.O.T this last season – the walk of shame.

If anyone out there is a fan of the show – you know how crazy this scene was. We decided David would make the perfect “high sparrow” nun-lady, and I could definitely pull off the evil Cersei. You’ll also know that for the scene to be truly authentic, I would have had to be buck naked. And I was eager to take on that challenge. Not by actually being naked but by attaining a nakedy look. I searched everywhere for a nude bodysuit to no avail and realized I would either have to go the American Apparel route or have to take to the internets. A Capezio nude women’s jumpsuit was running upwards of $30 online and truly, I just didn’t want to commit.

So sadly, I tried to create the best representation of the character that I possibly could, evidenced below. David on the other hand, absolutely KILLED the nun lady. I mean…

And in case anyone is curious, I really was the ugliest human alive that night… 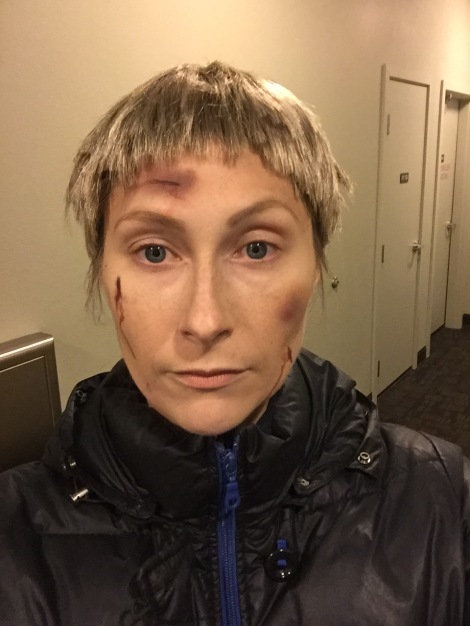 If you’re curious, the wig was a “surfer boy” wig from Spirit Halloween, which I happily hacked away at. 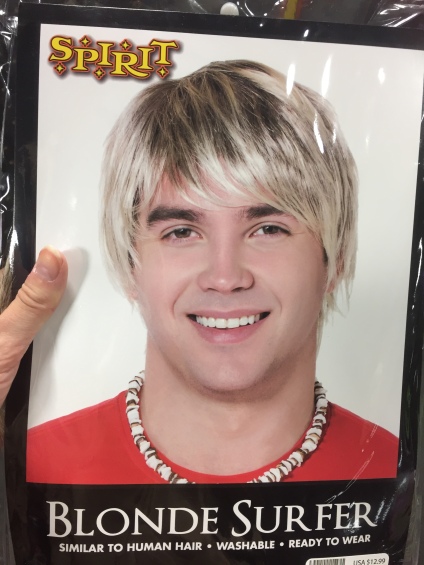 For Halloween weekend, we decided to do a little light bar-hopping with some friends. And after the season 7 premiere of the Walking Dead, where I did in fact cry 2 buckets of tears, David decided he wanted to be…. 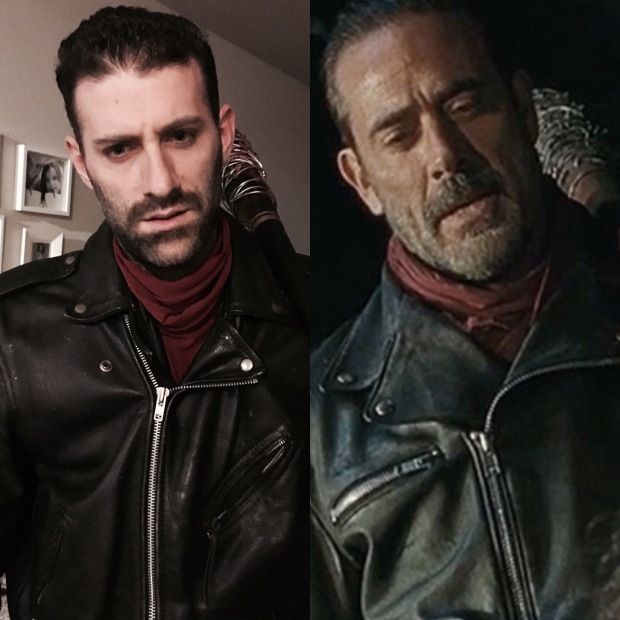 His portrayal is spot-on and quite literally, very disturbing. For any TWD fans out there, this will send chills up your spine.

To compliment David’s Negan, I really wanted to be Rick – but since I already had the zombie dress from last year – I decided to just do that again.

This year I found a zombie makeup look I really liked and did a slightly glammy zombie girl. 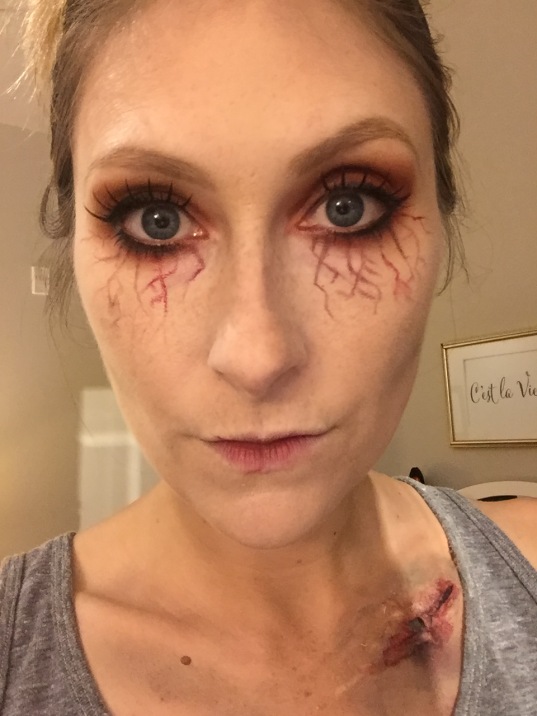 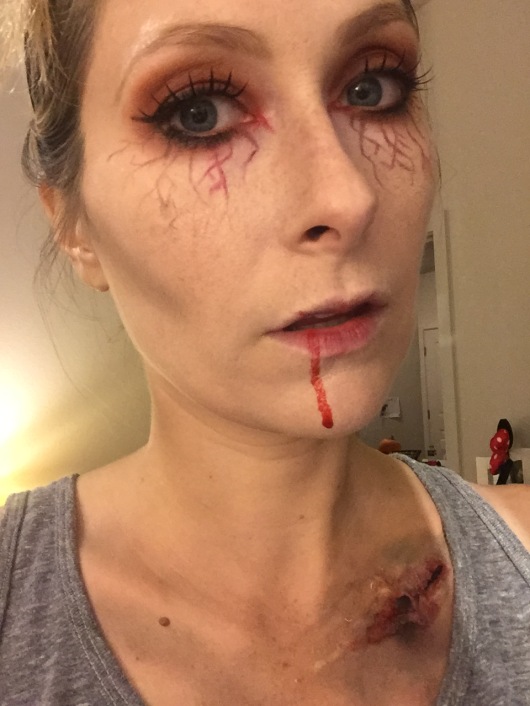 If anyone is interested in a tutorial on this – just let me know!

Here was the look I was inspired by:

So, there you have it. Another Halloween in the books. What were you for Halloween??