This blog title makes me want Dairy Queen…m&m blizzard to be exact. But. Anyway.

I am in fact, the antithesis of a DIY-er. If anything, I am a DB-er (don’t bother-er) or I just go to Ikea and make David put things together. Most cosmetic endeavors, other than actually applying cosmetics are just not in my wheel-house. Sure, I’ll hang up a picture frame I super-glued back together or make the odd bunting for a bachelorette party (as evidenced below), but when it comes to really making an effort, I tend not to really give AF. 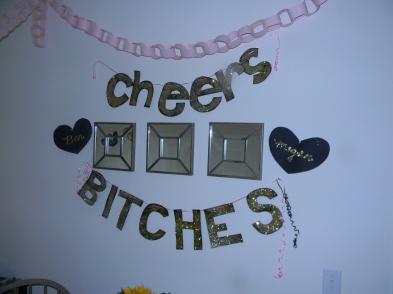 BUT THEN. Then I saw this video on Facebook.

“Totally brill!” I thought, as I recalled the millions of little prints I have purchased over the years but never framed.

So, I went to Fred Meyer in pursuit of super glue, magnets and paint sticks. I already had the jute string at home. Here’s how it went down…

The paint sticks had a little indentation, which bugged me but I just figured they were good enough. The magnets I found were more decorative than the ones they used in the video and were in these multi-colored little casings.

So I just took a hammer and broke off that part. Then, I laid out all the sticks and super-glued the magnets to the ends of the paint sticks. Note that I did not stain the wood like they did in the video because I DON’T CARE THAT MUCH. 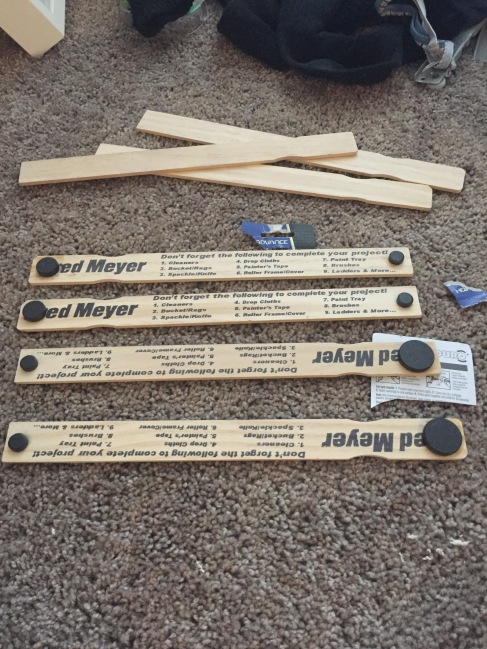 HAAaaa NM my undies in the background

Then, I cut pieces of jute and tied the ends around both sides.

Then I got out this old 2014 calendar of Paris prints my mom gave me and cut out one of the pictures I liked.

Lastly, I clamped a picture between the sticks and adhered another set to the bottom. Then, David and I decided it didn’t need the set at the bottom so we just took it off. And ta-daaaaaaa.

Like, not bad eh? I made another one with the Paris flag and hung it up too.

And yes, I am aware that like every BWG loves Paris decorating sh*t and I am fully one of them #noshame.