All over the meadows and the hills!

Yes, I was in a musical review of Carousel at Spokane Falls Community College. “June is Busting Out All Over”  depicts the amazing month of June and all the wonder it has to offer. Birds chirping, green meadows, flowers a’bloomin. However, this is not the case for poor Jackson Hole. This is the weather I have to look forward to next week:

Poopy, to say the least.

In order to overcome the scattered and isolated t-storms (such ugly words) you must either follow these rules or hike up yer skinny jeans, throw on the galoshes and say “bring it on June!”. This weekend was no exception.

Technically, my “weekend” began on Thursday since I’ve undergone a couple career changes and will now be full time at Elevated Grounds Coffee House. So freakin awesome, right?! What did I do to celebrate? Made cupcakes of course!! I was gifted this amazing mix a while back and decided to give it a try: 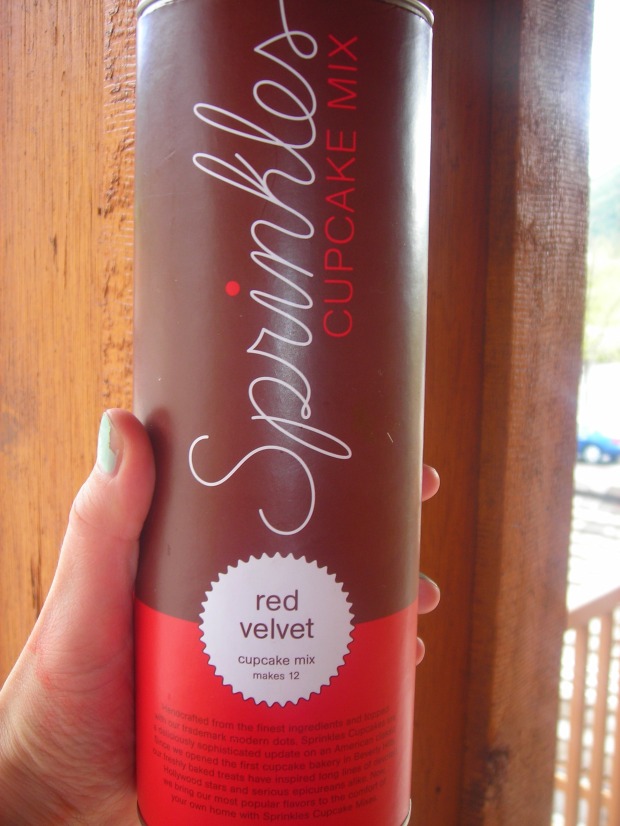 Not without my favorite apron of course:

For the mix, all you do is add eggs, milk, salt and vinegar. The kit also gives you a super easy recipe for cream cheese buttercream frosting and the signature Sprinkles adornments. The frosting contained cream cheese, butter, powdered sugar, salt and vanilla. Here’s a shot of the naked cupcake: 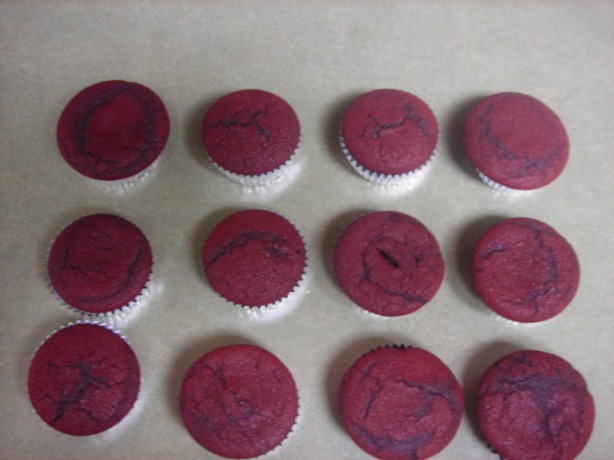 Next, I put all the frosting into a Ziploc bag, snipped one corner and piped the frosting on. I’m such a pro ;-).

I served these cupcakes with chicken souvlaki pitas and tzatziki. They were BOMB. 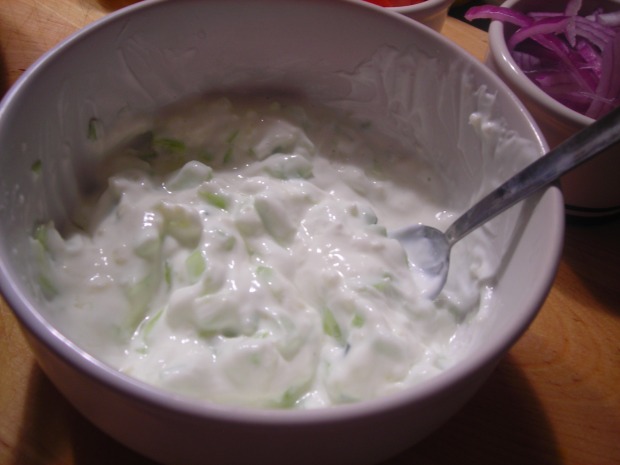 We also enjoyed this bottle of  wine given to me by Stacey and Zack, the lovely owners of Elevated Grounds. Notice the blend? SO fitting right?!

Friday:
I didn’t have to work and it was raining which meant doing hoards of laundry while watching The Price is Right. I was the epitome of a housewife, even though I am not married and consider dogs to be babies. I basked in my cliche.

After the laundry was folded, the floors were mopped and the vodka was gone, I decided it was time for exercise. So I threw on my stretchy pants and…watched a Lifetime Movie. Those things are pure danger. After “Deadly Whispers” (totes amazing) I hiked up High School Butte while listening to the Sweeney Todd Soundtrack and Justin Bieber. I was a hot + sweaty mess  of a girl. 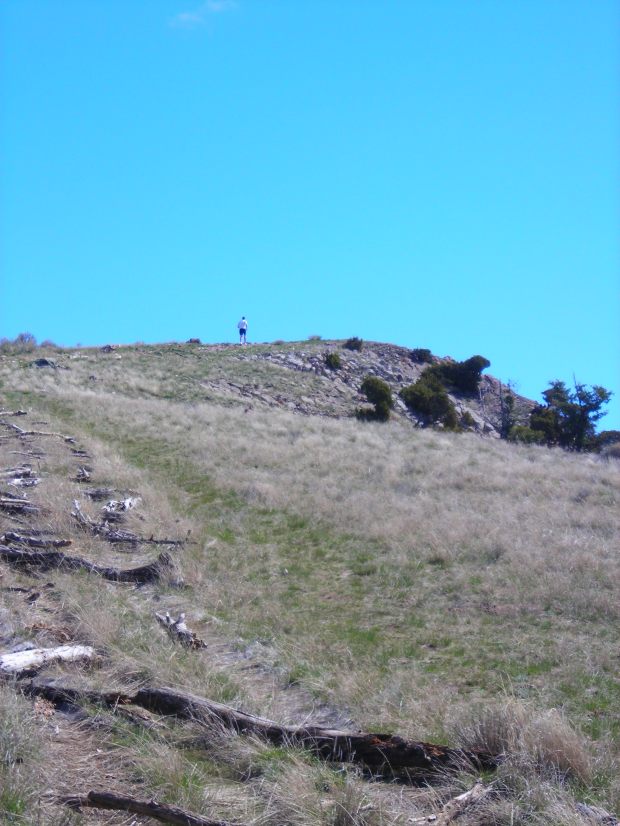 Then, Bry  informed me that we had our first kick-ball game of the season. It’s true, B and I joined a kickball team for the summer. After you stop laughing, know this: people in The Hole, take their kickball UBER serious. Despite the fact that most participants are holding a PBR in a “Frankie Say Relax” beer coozy, folks can get seriously verklemped over this so-called P.E game.

Since I tend to take sports a little more lightly than most, it was easy for me to laugh and distribute high-5’s despite our pathetic 15-3 loss. The good news? I got on base, ran to third, wore cute pink sparkly knee socks and totally intimidated the other team like this:

Bryan had to work which meant another deliciously housewivey day. I kicked it off by doing sit ups while watching House Hunters  in my jammies and socks. Does anyone else do this? I love the show but do tire of comments such as “This room would be great for entertaining” and “I was really hoping for granite counter-tops with an island”. Come on people! Old and funky is making a comeback. Along with coolots and stirrup pants (I promise).

After the rained cleared up a bit, I completed a 4 mile run along flat creek at an embarrassingly slow pace. But I’m trying not to focus on that :-). Again, I returned home a sweaty beast:

I ran in my fairly new Nike Lunar Lites.

These babies are great. I also wear custom orthotics since I have (and I quote from my P.T) “ridiculously flat feet” and they help enormously as well. Another cool aspect of this shoe is that it has the slot in the sole for the Nike+ chip.

Simply place the Nike+ Sensor under the sockliner of your left Nike+ ready shoe and start running to sync it with your Nike+ SportWatch GPS, iPhone 3GS ® or other Nike+ tracking device. The sensor measures your pace, distance, time elapsed and calories burned. This information is transmitted wirelessly to your device for real-time feedback while you train.

I have the wristband and I love it.You can also create an account at Nike+ and see all your runs, challenge others and achieve goals by running more miles or faster paces. While the Nike+ may not be as accurate or as fancy as the popular Garmin, it is a huge motivator for anyone out there like me, who isn’t a “natural” runner and doesn’t want to spend $350 on the Garmin. 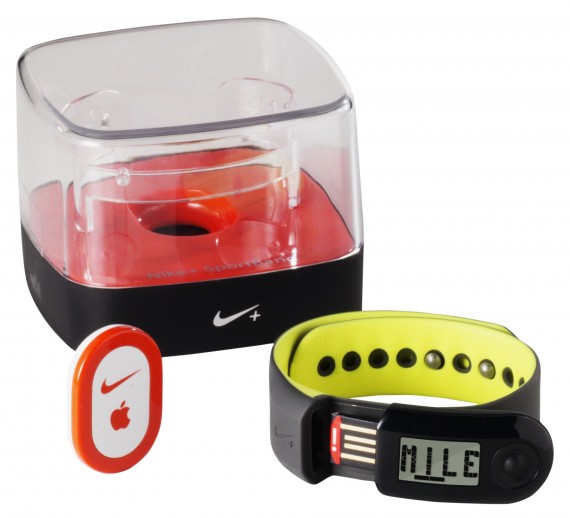 After my epic run,  I cooled off and waited for B to get off work.

Ice water + lemonade. Ignore the skis in the background.

After B got off, we ran some errands and then made the clutch decision to concoct mojitos. YUM. 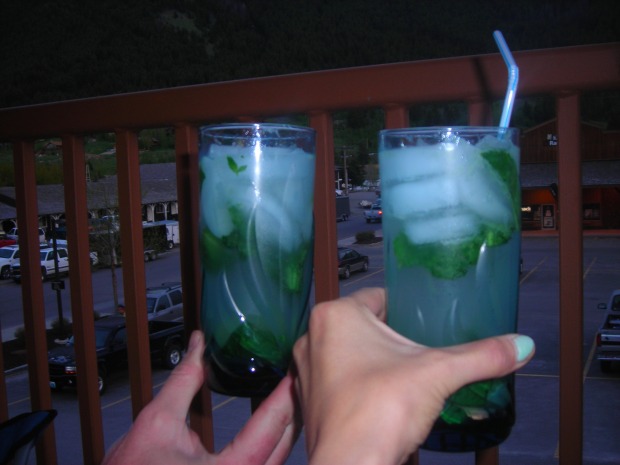 Enjoyed on the Porch

A few were consumed: 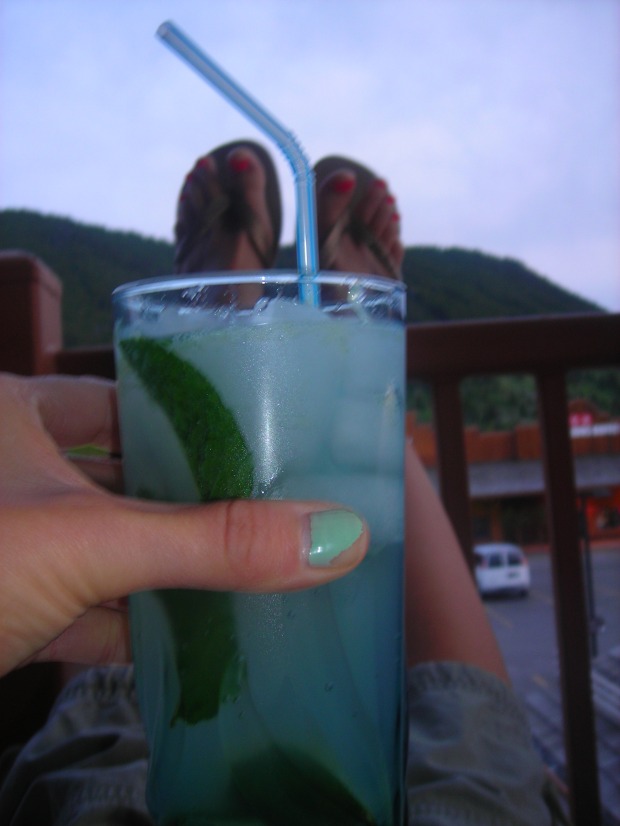 After 3 mojitos, a couple of Bryan’s friends arrived so I went inside, pounded a red velvet and watched “Bad Santa” on TV until I fell asleep with my mouth open. I hope they didn’t see me…

This morning we awoke to more rain so we promptly hit up the Red Box and got two movies (True Grit and Love and Other Drugs). We returned home and Bryan got to work making huevos rancheros. Seriously, best I’ve ever had.

Then we went down to the gym where I completed 20 minutes on the elliptical and a 20 minute interval workout on the dreadmill while watching “Hungry Girl” on the cooking channel.

I’m off to paint my nails teal.

So until next time – eat cupcakes, drink rum and have an awesome day!

2 thoughts on “June is Bustin Out All Over!”

*I received these products for free from Influenster and Vital Proteins in exchange for my honest review.